Sunday, after sleeping in to recover from the Williamsburg adventure, I walked up to 5th and 90th to visit the Cooper Hewitt National Design Museum.  The museum, a branch of the Smithsonian, is located in one of those grand old 5th Avenue mansions.  The museum is in the process of a renovation, but there were a few excellent exhibits.

Fashioning Felt displayed the various uses of felt, including processes of making felt and new ways of using felt, such as in haute couture or for furniture.  The exhibit included a fascinating recreation of a royal yurt, all beautiful drapings and floral abstractions with layers of felt.  Videos in the last room were accompanied by swaths of fabric, which helped satisfy my five-year old’s need to touch everything.  Felt isn’t a fabric to which I had given much thought, so it was intriguing to see an arts-and-crafts staple transformed into high art.

Design for a Living World was really fascinating: the Cooper Hewitt commissioned ten designers (some well-known, such as Isaac Mizrahi, a representative from Kate Spade, and Maya Lin) to journey to diverse habitats and create works of furniture, jewelry, clothing, and other usable items from sustainable materials found in those areas.  For instance, Isaac Mizrahi made a dress out of salmon skin leather, a renewable resource found in Alaska.  A separate website for the exhibit provides further information on the various projects of each designer.  The most amazing piece, in my opinion, was jewelry carved from the beautiful, ivory-like innards of a seed found in the islands of Micronesia, made by the designer Ted Muehling.

There was also a small exhibit curated by the artist Shahzia Sikander, drawn from the Cooper Hewitt’s permanent collection.  She focused on a lot of small, detailed illustrations: books, illuminated manuscripts, decorative scrolls and the like.

After browsing the museum I decided to take my nerdy book outside and sit in the really gorgeous Cooper Hewitt gardens. The gardens are lush and well tended, and provide a lovely oasis on the Upper East Side.  Evidently it is also a hang out for older individuals: I saw several older couples with portable watercolor sets, painting flowers and other scenes in the garden.  I also took a seat near an older couple who, I think, just started dating.  They were flirty and giggly and generally adorable, so I made up a narrative in my head that they were both widowed and had found romance again after extreme loss.  I hope that they are happy.

Visitors cannot take any pictures inside the museum, but I was able to take some of the outside of the house and the garden. 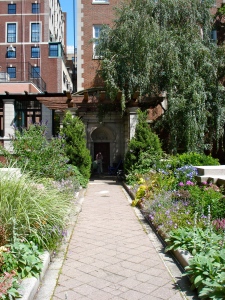 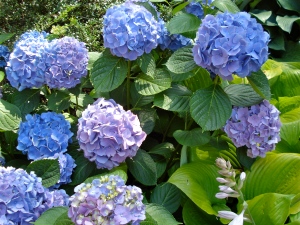 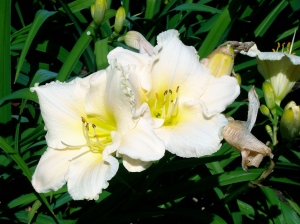 Anyhow.  Reading in the garden was a pleasant interlude.  The rest of Sunday was spent running errands, going to the gym, and watching some of the Harry Potter marathon on ABC family to prep for Wednesday’s release of Harry Potter and the Goblet of Fire Glee!