My birthday was a pretty low-key affair.  Considering it fell on a Saturday, this is either awesome or just plain lame.  I’ll let you decide.

I got up in the morning, I went to the gym because it was Body Combat and because the instructor promised me she’d play techno Braveheart.  I went and fed a friend’s cats for her.  I came home and showered.  Jon and I went to lunch, we wanted to go to MinGa, this great Korean place by our house that I’ve been meaning to review here forever.  Unfortunately, MinGa was closed over Spring Break for kitchen renovations.   BUMMER.  We ended up going to Ming Garden, this Chinese place we used to frequent instead.  I had Dan Dan noodles, which are reliably good there: 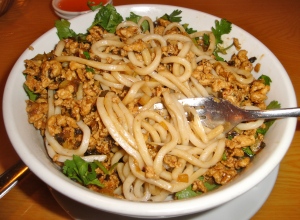 And then, since it was my birthday, I ordered three scoops of ice cream: 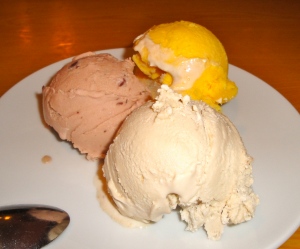 The flavors were ginger (up front), red bean (pink), and mango.  And I ate most of it myself. 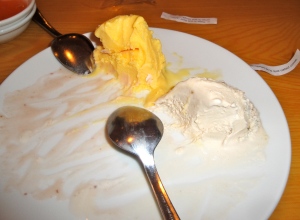 Don’t let that second spoon fool you; Jon only had one bite of ice cream.  I did most of this damage on my own.  This is either awesome or just plain lame. 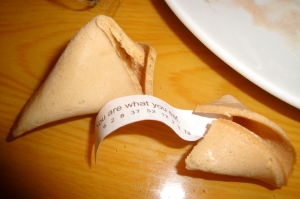 And my fortune was pretty telling: 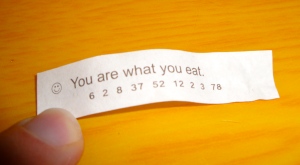 I guess that makes me three scoops of ice cream, and some lasagna, and some cake.

After lunch we saw Friends with Kids, which was fun and funny and you should go see it.  Post-movie, we headed to the grocery store to grab a few more items for the birthday party I was having that night.

The party was a dinner party, with lots of food–I mostly just wanted all the people I liked in one place, so they could eat and talk and make me feel good about being born some 27 years ago.

Jon made the lasagna about which I posted the other day.  We made a meat version and a meatless version: 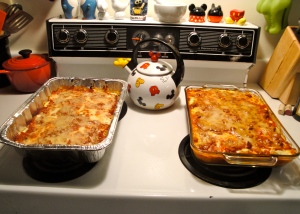 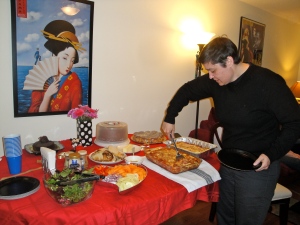 So the lasagna was pretty fantastic.  Jon did nearly all the work, I assembled the non-meat lasagna.  I think it is pretty hard to mess up a lasagna.  This one had a lot of cheese, so that’s a bonus.  We servd it with a salad and some garlic bread.

My lovely friend Annah made the delicious cake.  Look at my glee as I try to grab it from her–actually, I legit hate being sung to on my birthday, so I mostly just wanted to blow out the candles and eat the damn thing. 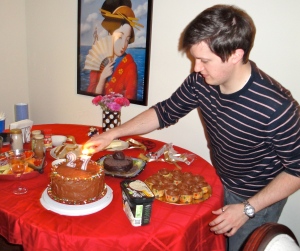 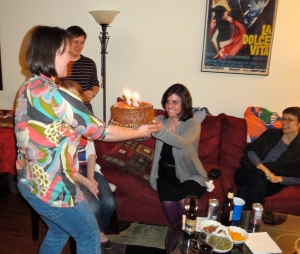 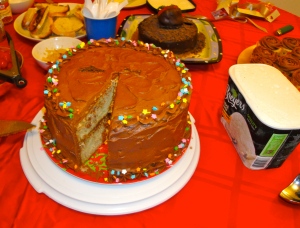 Look at how pretty that cake is?!  It was, of course, totally delicious.  Annah made some cupcakes too–also delicious, and beautifully frosted! 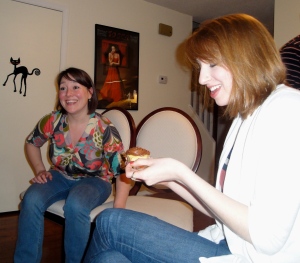 So I think I achieved my birthday party goal: bring a bunch of people I like together, feed them delicious food, show them a good time. 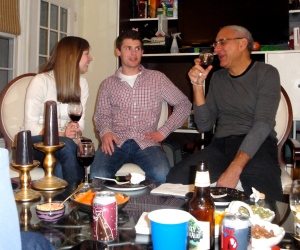 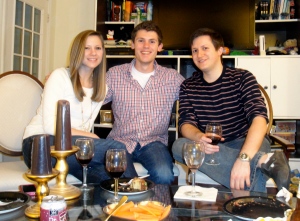 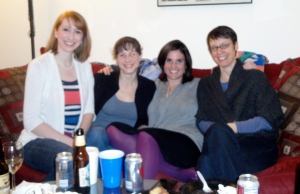 So, as you can see, a low-key, but fun birthday.  Awesome?  Yeah.  Thanks to everyone for the internet well-wishes and thanks to everyone who came to my party!  Y’all are special snowflakes!