Hey guys.  I know, I’ve been gone.  Work is really busy.  Like, really busy.  We have two giant events this week, and then our Spring Art Walk the weekend after this one, and I am mega-planning and organizing all of it and, yeah.  Also my entire family was here for Passover and then I went to New York City this past weekend.  AND I AM TOTALLY GOING TO TELL YOU ALL ABOUT THAT.  But first, I’m going to go waaaaay back to the last Saturday in March, when Jon and I took a day trip to downtown Greensboro!

My awesome friend Heather Gordon was part of a group show at the Green Hill Center for North Carolina Art.  The show closed April 1st and, of course, we waited until March 31st to go to Greensboro to see it.  Hey, at least we went!  Anyways, I’ve been living in North Carolina for over four years and I’ve never been to Greensboro, which is ridiculous because it is only an hour away.  So I figured we’d take this opportunity to explore downtown Greensboro.

We spent most of our time around Elm Street (see convenient street sign).  We got there around lunch time, so we had some lunch at Natty Greene’s Pub & Brewing Co.   I had a mediocre caesar salad and Jon had some kind of a wrap but we split some home made potato chips and those things were awesome and delicious.

We then headed down to Green Hill to see the show, which was called Word Maps.  It featured the work of four artists, all of whom do things with codes and languages and what not.  Here are lots of pictures of some art and the installation, it was a gorgeous gallery so I took a lot of photos. Oh also Heather had some work based on the game Parcheesi, which I have never played, but that is why a bunch of the pictures are of games and stuff. 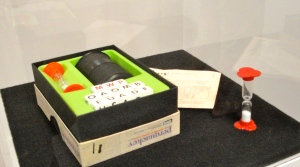 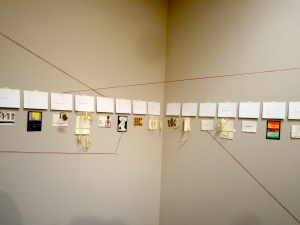 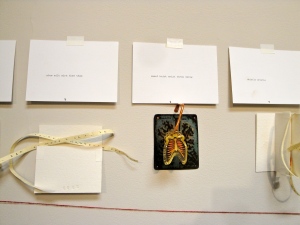 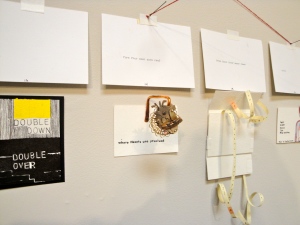 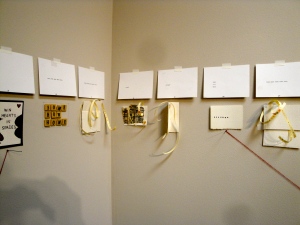 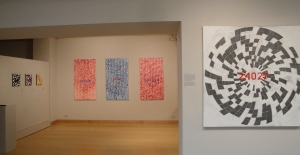 Okay so all of that stuff above is by Heather, who is awesome.  The stuff below is by Vicky Essig, Paul Rousso, and Merrill Shatzman, respectively.  There aren’t a lot of photos, so you can chill.