Happy Chanukah or however you choose to spell it for one and all! I spent my first night/day of Chanukah making chocolate bark and dealing with someone making fraudulent charges on my debit card yay! (Don’t worry it is all taken care of now). Anyways I hope the days leading up to winter and Christmas and the the other holidays are treating you well! Happy everything to everyone!

Oh also here is a picture of my cats, JUST BECAUSE.

It is DECEMBER now, which is crazy!  Do you like my new December-Jewish Holiday-Appropriate background?  Here’s the full image: 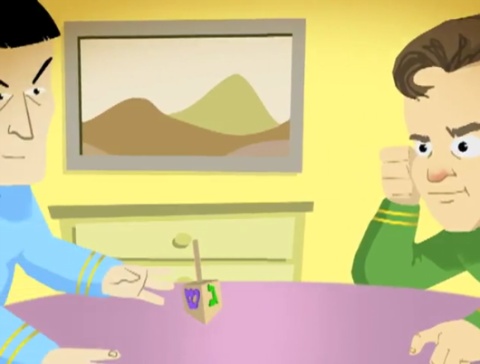 Yaaaay.  I get endless amounts of glee from the fact that Leonard Nimoy and William Shatner are nice Jewish boys.  My people, y’all!

I’ve been a bit dead on my blog,  for no good reason.  Now that I am not spending my evenings job hunting I should endeavor to, you know, post some more.  In the meantime this is what I have been doing these past two weeks, in between jobs:

-I cleaned out my closet.  And my dresser.  And my shoes, purses, and jewelry box.  I took five bag-fulls of stuff to Goodwill, y’all.  That was fun.

END_OF_DOCUMENT_TOKEN_TO_BE_REPLACED

So, guys, after over two and a half years of searching and doubt and self-loathing and anger and sadness and misery at the state of the economy, I finally achieved my goal: I have attained a job in the art world.  I promised myself that this blog would not be a venting place for my fury at the universe during my job search, and I also promised myself that I could write a big, long, venty post chronicling my journey–but only when I achieved my goal of attaining a professional, full-time position in the art world.  So here’s my post.  I am glad to finally share it with you.

This is a big deal.  I have wanted to work in the arts since I was sixteen and I took Advanced Placement Art History with the amazing Pat Johnston at Pine View School for the Gifted.  I loved the course, excelled in the classwork, and got my well-earned 5 on my AP exam (I’m not still proud of that or anything).  After the class I decided that a job in the arts, preferably in a museum or gallery setting, would be my thing, and I behaved accordingly, so accordingly that I can summarize it in bullet points y’all:

-I interned at the Samuel P. Harn Museum of Art, the University of Florida’s art museum, for a good year and a half.  I spent one semester in the education department as part of a group initiative to plan programming for the undergraduate population at UF and I spent a year interning for the curator of contemporary art.

-I then launched myself straight into graduate school in Art History, heading to the University of North Carolina at Chapel Hill to pursue my Master’s and eventually (I hoped, back then) my Ph.D.

-While at UNC I interned at the North Carolina Museum of Art, co-curated an exhibit at UNC’s affiliate museum the Ackland Art Museum, and secured a summer internship at the Whitney Museum of American Art.  This was the spring of 2009 and this, guys, this is where the bullet points need to end, because things get messy.

END_OF_DOCUMENT_TOKEN_TO_BE_REPLACED

Guys, my life right now is a little slow.  We’re in the post Dragon*Con doldrums so there’s just not much to say, but I want to keep y’all entertained with my witty life commentary and fun stories.

So, what am I doing right now?

Well guys, the new fall television season is running and running strong.  I should probably be embarrassed about the fact that so many shows I watch are on the CW but, whatever, I can have the television taste of a 12-year old girl if I want to.  I mean, it isn’t my fault that The Vampire Diaries and Gossip Girl are on the CW.  And if I want to give the new show Ringer (guys, come on, BUFFY) and the new whacked out season of America’s Next Top Model (farewell Brittany, you were gone too soon, we hardly got to re-know ye, also isn’t Shannon from Cycle 1 a little old to be on the show?) a chance?  Well?  That’s my prerogative.

Oh I’m also a little embarrassed to admit that I totally watched The Secret Circle last week.  WHATEVER, it is on right after The Vampire Diaries.  Again, I’ll give it a few more chances.   Look, I’m only semi-employed, and one can only apply to so many jobs a day!

So what else am I watching nowadays?  Well, Glee was on last night, and it is as horribly awesome as ever.  Or maybe that should be awesomely horrible.  You know that Glee is slipping when your Glee-obsessed little sister’s Facebook status is “was hit with a harsh reality tonight: Glee is actually a really bad show. And I no longer really have any interest in it…”  DISASTER guys.  Still, I’ll watch Glee, in the way that one watches a train wreck.  You just cannot look away.

Oh you know who does Glee better than Glee?  Sesame Street:

This is spot on, maybe the Sesame Street producers should take over Glee.  They’ve nailed the longing looks and the glitter!

Since the new Zooey Deschanel show, The New Girl, was one right after Glee I just kept on watching.  The show wasn’t as dreadful as I thought it would be.  Zooey’s quirk stayed mostly cute and endearing as opposed to whacky and obnoxious.  That Douchebag money jar is a funny gag as well.  I’ll give it a few more views.

I am also being weird and playing a video game, which never happens, I lack hand-eye coordination so I don’t play video games.  However, this Portal thing has me hooked, it is a puzzle game (I hate puzzles also) but it is sort of fun and has this macabre sense of humor and guys, THE CAKE IS A LIE.

I promise that soon I will start writing about things that are not television or video games, I’m just having some major couch time this week!  Dexter doesn’t help, of course, he’s been ultra-snuggly this week, and how can you disturb a happy cat when he’s snuggled up next to you on the couch?  You can’t.

So there’s nothing to do but play more Portal.

So Jon put together his carnivorous plant set last week.  There are all these complicated instructions about, you know, refrigerating some sets of seeds but not others, and how and when to water, and how you won’t see any growth for nearly three months and then the plants are super-fragile for another three months.  Basically we are raising babies here.  Carnivorous plant babies.

The set came with a fairly sizable planter, a few seed packs, and some decorative elements like stickers to decorate the sides of the planter, little plastic snakes to decorate the inside of the planter, and some rocks.  The set also had dirt.  Actually, two really compact dirt discs, to be precise.  Jon wasn’t quite sure what to do with those at first.  His initial reaction was: “this is all the dirt I get?!”  And in my head I thought something along the lines of “Maybe we can de-compact the dirt” but I was distracted (I was probably blogging) so I didn’t say that. 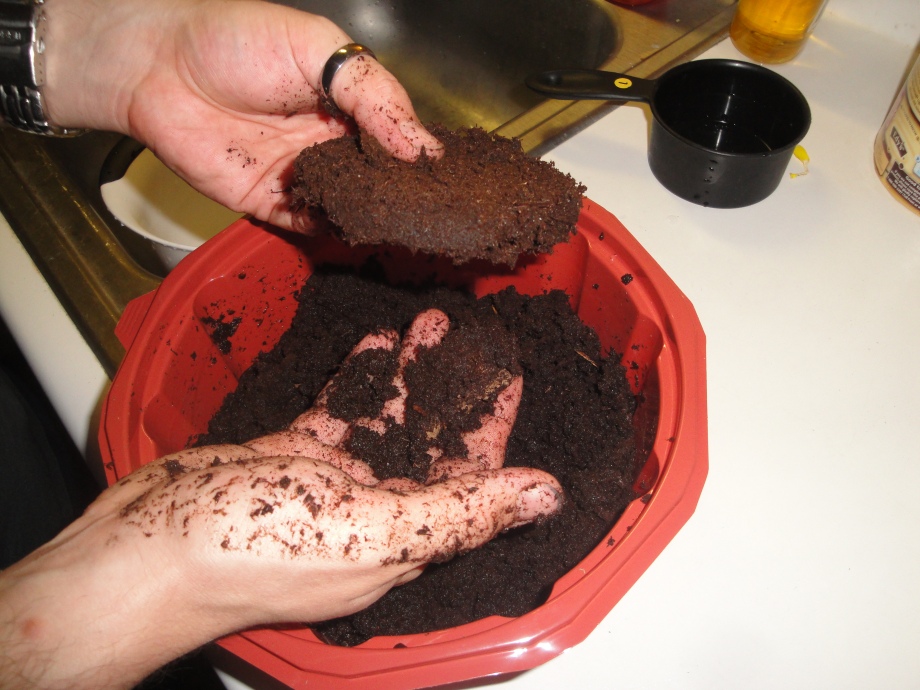 So, basically, all we have now is a planter filled with dirt.  It is currently hanging out in a sunny, warm patch in our spare room.  Jon mists it every now and then.

I don’t think we’ll see any growth anytime soon.  Jon planted the first round of seeds but there’s a second set hanging out in the fridge that will get planted at some point, I’m not entirely sure when.  Once Jon adds more decoration to the planter or once some plants grow I’ll post another update!

This is my chronicle of the Desktop Carnivorous Plant Set from ThinkGeek.  I bought this kit of my own accord and have no relation to ThinkGeek–other than thinking that their website and products are rad.